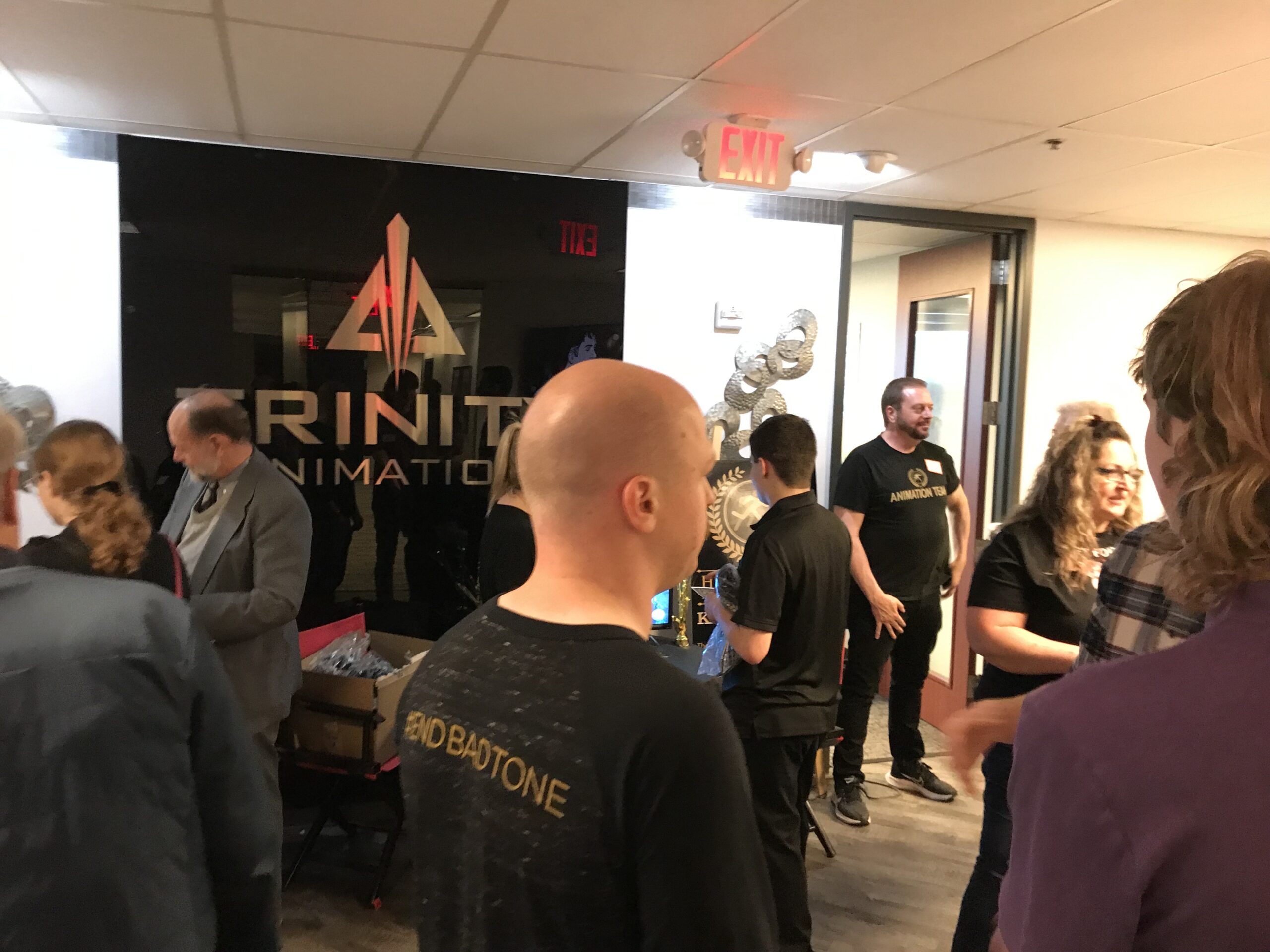 What is a “Networking Fair”?

By Ron GreenDecember 23, 2022No Comments

A networking fair is a large informal gathering that encourages professionals to connect with each other in a casual, after-hours session where food and drink is available and where guest exhibitors bring something to show and share.

The Kansas City Institute for Media, Animation & Graphic Innovation in Education (KC IMAGINE) has been offering networking fairs through its DIGITAL SCENE – KC program, and frankly, we are quite surprised by how popular these events have been for us. That popularity is due to several factors:

For example, our first event featured augmented reality and virtual reality as its theme and it was hosted by UMKC at the AR/VR labs in their new Robert W. Plaster Free Enterprise & Research Center.  Our animation featured event was hosted by Trinity Animation in Corporate Woods.  Our January 19th DIGITAL SCENE – KC theme is Video Production & Lighting and it will be hosted at Outpost Worldwide, a Kansas City leader in video production.

A significant bonus that the networking fair format offers is having guest exhibitors who bring something to show and share.  These are not the typical trade booth formats that require a “dog & pony show.”  These are low-effort stations, often just a cocktail table or traditional conference table where a business, organization or interesting professional can bring something to show others who might be interested.  For example, at the Trinity Animation event, Dan Viets brought a 1920’s era Universal camera like the one Walt Disney used at Kansas City’s Laugh-O-gram Studio.  That alone was enough to help him connect with others who have an interest in animation history.

And that’s the point of having guest exhibitors: let attendees know who is in the room who shares a common interest or who may be able to help meet a need.  In most networking formats you may never connect with that other person unless you do so by accident.  For example, you are interested in getting a 3-D scan of your sports car so that you can get an exact miniature replica.  Kevin Stucky of 3D Maker World is also networking but has no idea who you are.  Kevin’s company offers a hand-held 3D scanner that can easily help you scan your sports car.  In a typical networking event, the two may never meet, but in a networking fair, attendees know what guest exhibitors are in the room and can connect with them at their station.  It’s like a trade fair, but much, much more casual for both the attendee and the guest exhibitor.

KC IMAGINE’s “Creating the Future of Digital Media in Kansas City” conference on January 12th at the Westport Commons Plexpod will close with a networking fair that will have guest exhibitors from media businesses, area universities, career development organizations, professional organizations and non-profits as guest exhibitors.  Come and join us to see our “networking fair” in action.

P.S.  Need your sports car scanned for a replica?  Kevin Stucky will be there!