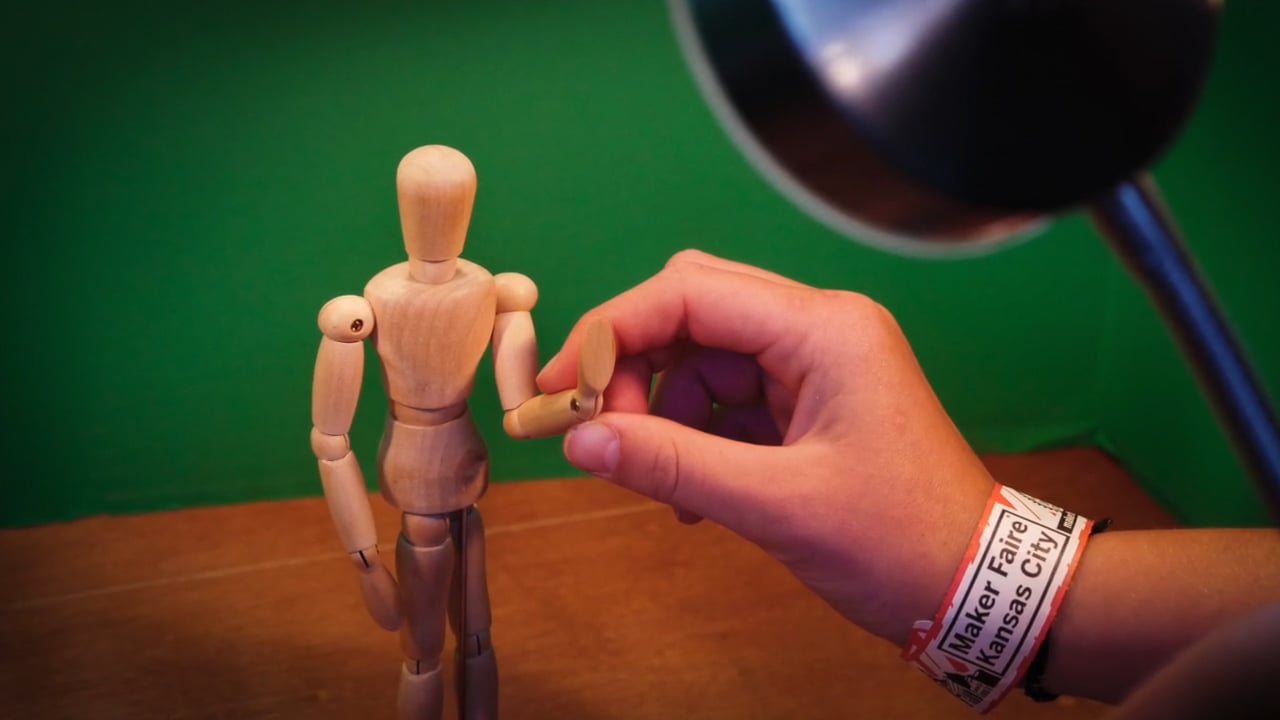 The highlight of the exhibit was the opportunity to view artist, Jeff Daly, in action as he sculpted humorous clay characters and photographed successive changes in movement and expression in the Zu3D stop-motion animation software that we use during our workshops. Visitors could observe how these gradual changes in expression would make the character come to life as Jeff played back the frames he had captured to that point. To see the result of Jeff’s work on his bear character on day 1, click here. Jeff also created cute rabbit and bear characters and displayed them in their component pieces so that children could experience the process of creating appealing clay characters. Jeff worked as a humor writer and artist for over forty years at Hallmark Cards. He is a regular contributor to digiSTORY KC programs.

Kids could also create paper animation toys that illustrate how single images combine to create the illusion of movement. They could cut out and form a thaumatrope—a paper disk with a picture of a yellow monster on one side and a cage on the opposite side. When they attach a string to each side and spin the thaumatrope, the monster appears to be inside the cage. They could also create a simple flipbook. When the pages are flipped rapidly, the images combine to simulate movement.

Many kids and their families visited the booth and expressed interest in learning more about digiSTORY KC and its programs. Many signed up to be added to our mailing lists so that they could be notified of upcoming classes and workshops. If you would like to be added to that list, please contact Ron Green at rgreen@digistory.org